Saturday, December 02, 2017
Friends of Greyhounds has a new guest in the Sunrise kennels. Meet Apollo, an 8-year-old fawn boy who is looking for a new home after a family breakup.

Apollo landed at FoG on Friday, and he's already adjusted to his new temporary life. I stopped by to visit him this morning, and he seems like a happy, healthy, friendly, well-adjusted guy. He's eating well, he was excited to get attention and affection from perfect strangers, and he got along great with his fellow senior adoptables during their turnouts today.

Here he is (with the red collar) hanging out with black hound Kelly and fellow fawn Logan:


Apollo was adopted in Virginia six years ago by a couple who eventually moved to South Florida. The family broke up, however, and Apollo landed in an apartment in Coconut Creek with his dad. But Apollo ended up spending long days by himself in his crate in the apartment as his dad works 10- and 12-hour shifts in the restaurant business.

Dad has owned three greyhounds, and he is experienced enough to know that Apollo was not happy with the situation. The boy was having frequent accidents in his crate while Dad was at work. Dad hired a dog walker for awhile, but that still didn't make Apollo too happy.

So Dad decided the best thing was to give Apollo a chance to find a home where he could have more regular company.

Apollo's very outgoing. He has a laid-back demeanor, but he's definitely a social animal. It's pretty obvious to me that he much prefers hanging out with humans and dogs to spending long days alone. I've seen hounds go into a funk for days and sometimes weeks when they are re-homed to the FoG kennels. But Apollo seems to be happy that he has friends around him.

Michelle is going to take Apollo to the gathering Sunday at Dog Dude Ranch to let him meet some more new people. She'll also have a couple of other dogs with her. So swing by for a visit. It'll go 10 a.m.-1 p.m. at 6305 SW 120th Ave. in Miami. 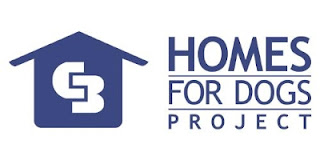 And clear your calendar next weekend for two events:

* Friends of Greyhounds will be one of four groups at an adoption event in Parkland on Saturday, Dec. 9. It's part of the Homes For Dogs Project, sponsored by Coldwell Banker Real Estate and Adopt-a-Pet.com. Chewy.com also will be there. The event is scheduled for 10 a.m.-2 p.m. at the Equestrian Center at Temple Park, 8350 Ranch Road -- a block north of Holmberg Road and about four blocks west of Riverside Drive.

This young girl was found in a neighborhood in southeastern Broward. ---------- This young girl was found wandering the streets this morning in a neighborhood south of Griffin Road and east of U.S. 441. Friends of Greyhounds has her now and hopes to find her owner. She was found with no collar, no tags, hasn't been microchipped. Tats have been run through the greyhound registration database, so FoG knows pretty much everything about her except who she belongs to now. Her last race was at Palm Beach Kennel Club in April, so she hasn't been in a home for very long. It appears someone is taking good care of her, as her coat is shiny and her nails are trimmed. If you recognize this greyhound and/or know who she belongs to, please contact Michelle or Jerry at Friends of Greyhounds (www.friendsofgreyhounds.org). 954-578-0072. UPDATE: It's a happy ending. Owner has been found, thanks to word spreading like wildfire on Facebook.
Read more

King, Speedy want a piece of your heart

King puts on a little attitude for the camera. Don't worry, it's all for show. In reality, he's 100% lover. ---------- Speedy and Victory King are coming up on a month now since they arrived in South Florida from Macau. All their vet work is done, they've adjusted extremely well to life in the Friends of Greyhounds kennels -- and now they're eager to move on to the next stage of their lives. These guys are among the sweetest and most eager to please greyhounds I've met since I started volunteering at FoG. No doubt each of these guys will be thrilled to find a permanent home and a family to call their own. The two girls FoG adopted out last week -- Yukii and Noel -- had the same kind of disposition. Sonia at Elite Greyhound Adoptions has said the greyhounds she's imported from Macau are the same way. I've spent a bit of time with Speedy and King over the past few days and have gotten to know them a bit. So I can say with confidence that these two
Read more

A Star is home; Yuki's orientation

Winning Star is now Noel Star with a new home. The happy family: Pat, Nico, Star and Andrea ---------- Star, who turned 8 years old the day after she arrived at the Friends of Greyhounds kennels three weeks ago, landed Wednesday in her family home in Hialeah with her new name. She was adopted by longtime FoG volunteer Andrea and her mom, Pat. She also has a canine sibling, Nico, a senior chihuahua mix who will help Star get adjusted to her new life as a domestic pet. Star and Andrea met at Miami International Airport as Star was being loaded onto the FoG van shortly after her arrival from Macau. Star was the hound who rode loose in the back of the van with me tucked among the crates of the other four arrivals. I held onto Star's leash to steady her as she snuggled with Andrea, in the front passenger seat. Andrea decided during the ride that she wanted to adopt Star. Andrea sent this photo of Star enjoying a snack on her new bed in her new home with her new toy close b
Read more

Andy at a meet-and-greet earlier this year ---------- Prayers, please, for Andy, the 6-year-old boy who went home to Margate with old friend Mike on Thanksgiving Day last year. Andy, whose racing name was Just Fast, is recovering at Coral Springs Animal Hospital after suffering a heat stroke Saturday morning. He was in bad shape for most of the day and into the evening Saturday. Mike reported on Facebook Saturday afternoon that Andy only had about a 50 percent chance. But Sunday morning, Mike posted that Andy is heading in the right direction. Mike took the boy out for some lure coursing Saturday morning -- an organized run with other dogs involving a mechanical lure like is used at the dog tracks. Andy completed one run, and Mike let him rest for about an hour. But Andy went down shortly into his second run, and Mike rushed him to Dr. Willie at VCA Animal Hospital in Lauderhill. Dr. Willie sent Andy to Coral Springs a short time later. Andy probably will be in the hospital
Read more

Uncle Jerry and Michelle help load Dusty and Speedy into the Kia Koach. It was a little emotional, as Speedy's might be the last of more than 2,400 adoptions out of Friends of Greyhounds. Retirement beckons. ---------- Speedy has landed. For the first time in his 8.5 years of life, the former Macau racer has a family he can call his own. Dusty and I welcomed him into our Northwest Lauderhill townhouse around 5 p.m. Wednesday. We drove over to Friends of Greyhounds HQ mid-afternoon and made the adoption official. We came home, unloaded from the Kia Koach, and immediately -- before even going into the townhouse -- went on a short walk up the block to visit our friend Inge, who always welcomes Dusty to her door with a handful of treats. Inge didn't disappoint -- but Dusty got most of the treats. Speedy got one or two but was entirely too distracted by all the new sights and sounds and smells to spend much time snacking. Speedy wasn't the only Macau alum that left F
Read more